The Blue Jays have (finally) released the names of the minor league players not on the 40 man roster who were invited to spring training today. 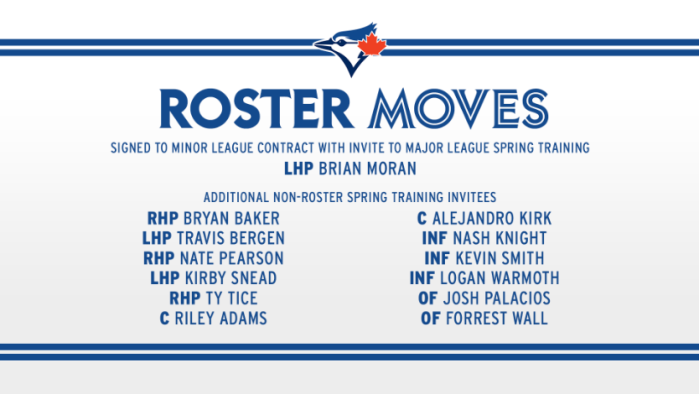 The well-travelled Moran was selected by the Blue Jays from the Mariners in the 2013 Rule 5 draft, then dealt to the Angels. Tommy John surgery wiped out his 2014 season, which saw the Angels return him to Seattle at its conclusion.

Moran was subsequently taken by the Indians in the 2015 Rule 5, but was again returned. He’s had two stints in Indy ball since then, sandwiched in between tours with Atlanta, Baltimore, the Dodgers, Colorado, and Miami.

Who among the above will get the longest looks? One would suspect Bergen and Baker, with maybe a long stint for Smith if he hits.